Years ago, whenever you took out an insurance policy, you would undoubtedly be issued with a fairly lengthy application form, commonly referred to as a proposal form.

Essentially, it would be this document that would form the basis of the contract between you (the insured) and the insurer. 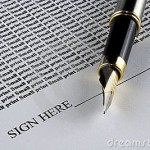 These days, most insurers have made purchasing insurance much easier for everyone, and for many policies, have done away with proposal forms.  In a nutshell, what happens now is, they ask you a range of questions, and then offer you a quotation based on the answers you give.  Within the paperwork for this quote and any subsequent policy issued, will be what is commonly referred to as the insurer’s ”Statement of Fact” (I’ve also seen them referred to as ‘Assumptions’ and ‘Client Profile’).

Although proposal forms are still used in some cases, the ”Statement of Fact” is now being used more and more, and in such cases forms the basis of the policy and your agreement with the insurance company, as the policyholder, without the need for you to sign and return anything to them.

I think most people would agree this way makes things quicker, easier and simplifies the process for people to take out insurance.  However, problems can occur because more often than not, a Statement of Fact will contain a number of assumptions about you, and if those assumptions are incorrect but you do not alert the insurer to this, the whole policy could be void. 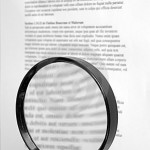 Whether you go direct to the insurer or through an insurance broker, the onus is on you, the policyholder, to ensure the information recorded is correct (although a broker does have some responsibility in this area).

So people, when taking out business insurance or any other insurance, if you are not asked to complete a proposal form, please be sure to check your policy documents for a document like the one I’ve described – doing so could be the difference between a claim being paid or thrown out.