Allow me to set the scene.  It’s the day of the budget, I’m sat in a traditional pub in London having lunch, with everyone around me watching the big TVs, waiting to see the damage.  At the same time, there’s a man behind me at the bar, ordering his pint whilst on his phone, letting an energy supplier down gently.  The guy had found a better deal elsewhere and so the sales person on the other end had lost the deal. 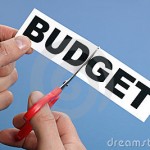 Witnessing these two things happening simultaneously, brought home to me that it seems times are getting tougher and people are needing to tighten their belts to protect what they’ve got.

This notion was compounded only this week.  I was working on a quotation for a lady who ran her own consultancy business and had two clients go out of business on her, owing her several thousands of pounds, which equated to something in the region of 20% of her turnover.  She had asked me to look at a Credit Insurance policy to cover her in case this ever happened again.  A few moments later, having put the file down, I took five minutes to catch up with my Twitter account and saw that another of my contacts had just experienced the very same problem!

” …just found out a customer has gone down the pan owing us money…. ” 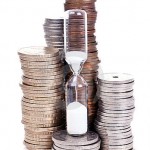 Luckily, there are insurance policies available to insure against this sort of thing happening to you.  Unfortunately for those that have already been affected by a customer going broke, there is no after-the-event solution.

If you think your business could be affected by a customer going out of business owing you money, it might be worth looking at some bad debt insurance.