…so I tried a few networking groups, each starting at slightly different times of the morning on different days of the week, at different locations.  I must admit the reception was a warmer one, and I enjoyed myself that little bit more.  I put it down to having chosen to go to these meetings, rather than having been forced. 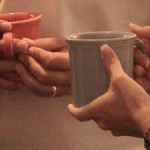 The problem was I couldn’t seem to find one that felt right for me.  I knew I wouldn’t truly know if it was for a few months at least, but instincts told me I hadn’t found ‘the one’ yet; some groups I felt were too relaxed, nothing happened, nobody was really there to help each other but instead to get business that they were never going to get, because it was a vicious circle of selfishness.  Other groups were too pushy, too rigid.  ”If you don’t turn up every week and bring referrals we’ll ask you to leave”  – or words to that effect.

Then I discovered a group that seemed to be a good halfway house between these two types of groups, so I took the plunge and joined up.

This group let me network at any of their 300+ meetings all over the UK, choose when and where I attended, and always welcomed me with open arms when I went.  Crucially, I got clients out of it.  Almost immediately actually. Not only that, I found suppliers, advisers and even friends. 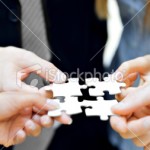 Final fast-forward about 10 months to the present day, I am now involved in launching and running groups within this network, the clients keep coming, as do the suppliers and friends.

I’ve learned so much since I started networking seriously, far more than I could ever fit into a two-part blog.  I think the key is to find the right group for you, keep an open mind but have an idea of what you want to achieve (new contacts, suppliers, personal development or just new customers?), have a strategy and remember that  networking is not just what goes on in that room, nor is it a ‘quick fix’.

Like everything in this world, what works for one person may not work for another.  But if you need more customers, suppliers or even friends (daft as it may sound); dismiss networking at your peril.