This is a guest blog from Dean Caldon, Managing Director of Redstones Brentwood.. For more information call 01277 230300.

What was the situation previously?

Squatting in somebody’s house or home was already a criminal offence but only where there was evidence of forced entry, break in, burglary or criminal damage, meaning if squatters occupied vacant or abandoned properties and were careful when entering, they weren’t necessarily breaking the law.

Coupled with this, Section 6 of the Criminal Law Act 1977 made it a criminal offence to secure entry to a property by force where someone who is there at the time (even if that person is a squatter) is opposed to that entry,  meaning Police or homeowners were not allowed to forcibly enter the premises to remove the squatters.

The only legitimate means for a resolution to this situation was for the owner to start court proceedings to evict the squatters which could take up to three months.

What is the situation now?

Section 144 of the Legal Aid, Sentencing and Punishment of Offenders Act 2012 “Offence of squatting in a residential building”, which states a person commits an offence if:

(b) The person knows or ought to know that he or she is a trespasser, and

(c) The person is living in the building or intends to live there for any period.

Note: The new law would not apply where the person occupying had, at some stage in the past, had the owner’s permission to be there, for example, a tenant who stays after the end of the tenancy.

What can homeowners do now? 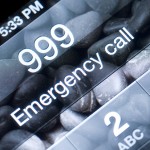 What is the punishment for squatters?

A person convicted of an offence under Section 144 is liable on summary conviction to imprisonment for a term not exceeding 51 weeks or a fine not exceeding level 5 on the standard scale (or both).

Where do the new rules not apply?

Commercial property is not subject to the new law and will still fall under the previous legislation.